This month we welcome Dr.Lindsey Macdonald as our guest blogger for the HubICL Hubbub newsletter at https://hubicl.org/members/1005/blog/2022/05/an-interview-with-matthew-goode-creator-of-childhood-saying. In her blog Macdonald interviews Dr. Matthew Goode about his original intercultural learning tool "Childhood Saying," curated into the Intercultural Learning Hub at hubicl.org/toolbox/tools/774. Would you like to contribute an activity to the HubICL Toolbox? The process is simple. To get started, go to hubicl.org/toolbox/tools/new. close 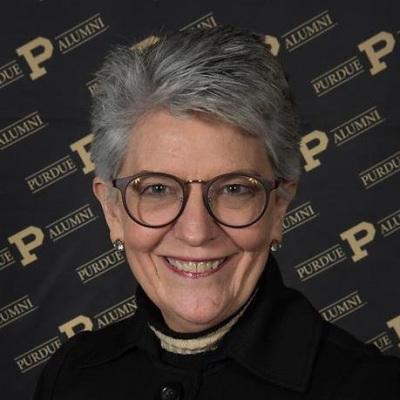 An interview with Matthew Goode, creator of 'Childhood Saying'

Our guest blogger for this month is Dr. Lindsey M. Macdonald who is now a writer and editor for Purdue University's College of Engineering but was working as a professional writer for Purdue University's CILMAR at the time that this interview was conducted. Read on to learn what Dr. Macdonald learned as she interviewed Matthew Goode, the creator of  "Childhood Saying." We've inserted video clips of Goode describing his activity in an interview later done with me.

Sometimes the best way to recognize your own cultural identity and values is to go back to the source: your childhood! Dr. Matthew Goode, Assistant Director of Operations and Program Management in the Center for Teaching Excellence at Boston College, has created an activity, Childhood Saying, that encourages individuals to reflect on the values they learned as children and how those values have evolved over time.

“As I was setting up this course, I knew that one of the challenges that undergraduates often have is wrapping their heads around what cultural values actually even are,” Goode said. “I knew from previous experiences that often, in particular, white U.S. American folks had been raised to think of themselves as culturally neutral. So they would say, ‘I’m American; what is there to me beyond that?’ And they often struggled to pick apart any greater level of distinction or detail.”

For this reason, Goode set out to find a way for students to experientially unpack their cultural experiences for themselves in a more concrete way. He decided that it might be most effective to put aside some of the common jargon/language used in the intercultural learning field—like cultural identity or cultural values—and instead have them start from the beginning and look back on some of the common sayings or phrases that they heard from adults as children. Then, they could use those sayings or phrases to start reflecting on their values and where they came from: “My hope was that, by the end of the semester, students would feel like they know themselves better and, from that place, be able to more effectively interact with other people.”

Students begin the activity by individually completing a handout that gets them to brainstorm meaningful sayings or phrases from their childhood and what they learned from them. Then, they are paired with a partner with whom they compare and contrast their sayings/phrases and also more deeply reflect on the lessons or messages behind them and how they may have influenced their values. Goode models his own childhood saying in the video below.

Childhood Saying not only gets them to unpack their own values but also discover how other’s values may have been influenced in similar or differing ways. You can hear Goode's tips for facilitating this exercise in the clip below.

Goode also recommends this activity as a professional team-building exercise with a group of people who know each other fairly well but want to dig a little deeper and further develop their relationships. You can hear more from Goode as he reflects on his experiences with faculty and staff in the clip below.

On the other hand, he does not recommend the activity as an icebreaker, as a certain amount of familiarity between participants facilitate comfort in sharing about their childhoods.

However, this activity isn’t just for more formal professional or academic contexts. Goode recently did Childhood Sayings with his own family! While on a video call with his parents, it was an impromptu decision to go through the activity and share their childhood memories: “It was interesting for them to hear what I remember from my childhood, and it was also interesting for me to hear what they said about their own childhoods. Even though we’re in the same family, I became aware of the gaps between my own childhood and theirs and our different, generational perspectives.”

In addition to this creative and useful activity, Goode has developed his own intercultural framework, the Individual Cross-Cultural Interactions (ICCI) Model, which encourages individuals to reflect on their cultural identity and their approach to cross-cultural interactions. Goode suggests that this internal awareness enables people to more easily consider others’ identities and approaches. He describes his work in the clip below.

If you’re interested in seeing more of Goode’s work, you can view the ICCI Model and accompanying reflection questions on his website and also check out his Cultural Perspectives Podcast!

Bonus: In the clip below, Goode reports on his experience of submitting a tool into the Intercultural Learning Hub, hubicl.org/toolbox/tools/new.

Comments on this entry

There are no comments at this time.